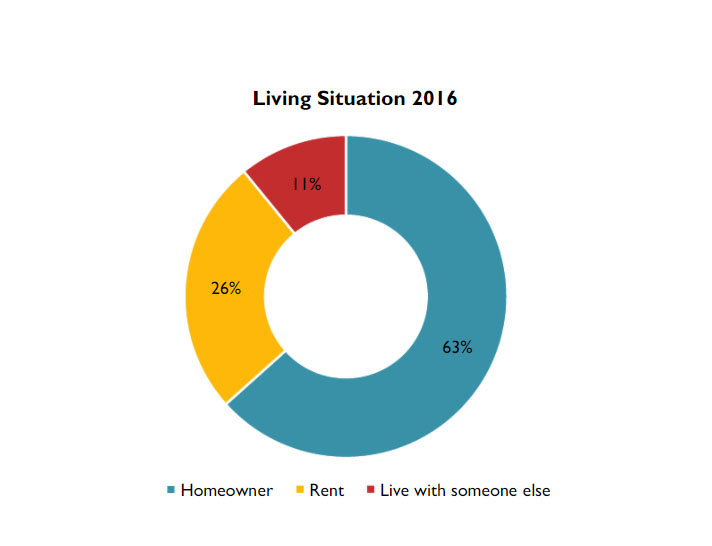 Thanks for checking this out and keeping in touch!
Clint

The Aspiring Home Buyer Profile
is an in depth examination of the consumer preferences of non-homeowners, defined as those that rent and those that live with someone else (such as family or friends) without paying rent.

The Aspiring Home Buyer Profile compares and contrasts the perceptions of homeownership, the American Dream, and housing affordability from the perspective of non-homeowners.

Data was collected throughout 2016 on a monthly basis as part of NAR’s Housing Opportunities and Market Experience (HOME) report, which monitors consumer sentiment about the housing market. Topics include if now is a good time to buy a home, the perception of homeownership as part of their American Dream, why non-owners do not own now, and what would cause them to purchase in the future.

Of the U.S. consumer households that were surveyed each month in 2016, 64 percent of respondents were homeowners, 26 percent were renters, and 11 percent lived with someone else.

Profile of Owners and Non-Owners

Good Time to Buy a Home

Over the course of 2016, non- homeowners’ perception that now is a good time to buy a home decreased more significantly — eight points — compared to homeowners at four percent.

For non-owners, the perception that now is a good time to buy a home was roughly the same across age, income, and city size, with the exception of the West region which was lower than all other regions.

Good Time to Buy a Home, By Quarter

Good Time to Buy a Home, Among Non-Owners

Main Reason Why Do Not Currently Own

Non-homeowners cited the main reason why they do not currently own is that they cannot afford to buy a home. That perception was lowest in Q2 at 48 percent of all non-owners and was highest in Q3 at 57 percent.

Main Reason Non-Owners Do Not Currently Own, By Quarter

Want to Own a Home in The Future

Throughout 2016, non-homeowners were consistent in their desire to own a home in the future. Eighty-six to 87 percent of non-owners each quarter expressed a desire to be a homeowner.

Non-Owners Who Want to Own a Home in The Future, By Quarter

Main Reason Would Buy In the Future

In the second quarter of 2016, survey respondents were asked a series of questions related to their student loan debt and the relationship to home tenure and buying decisions.

In the third quarter of 2016, survey respondents were asked a series of questions related to downpayments and the amount of downpayment they believe they need to purchase a home.

The survey was conducted by an established survey research firm, TechnoMetrica Market Intelligence. Each month, January through December 2016, a sample of U.S. households was surveyed via random-digit dial, including cell phones and land lines. Using a computer-assisted telephone interviewing (CATI) system, TechnoMetrica conducts interviews from their call center in Ramsey, NJ.

Regional quotas are used, based on four census regions and nine census divisions.

The data compiled for this report is based on 11,035 completed telephone interviews of qualified households survey respondents over a 12-month period from January to December 2016. Approximately 900 interviews are conducted each month. For the annual results, the margin of error for the survey is +/-3.3 percentage points at the 95% confidence level.